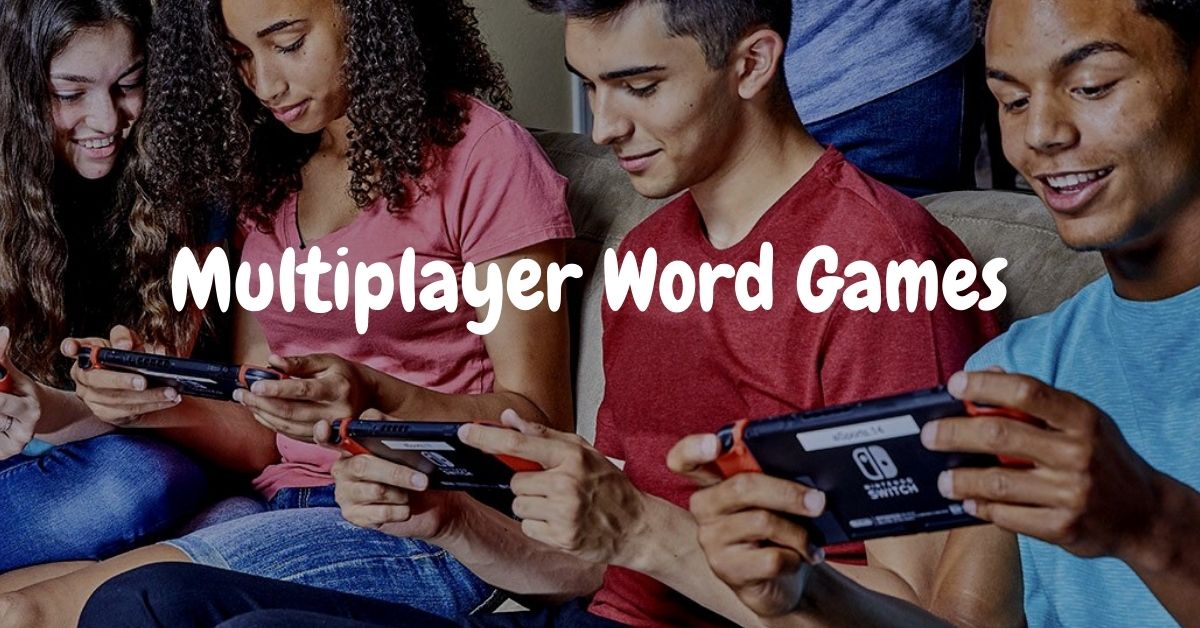 You can play these games on both Android and iOS. These Word games will test your skills and knowledge about English Language and also help you to learn some new words. Sometimes it’s not about winning or losing the game but it’s about playing for learning and enjoying your time with friends.

As you already know about Scrabble and Words with Friends, then you’re familiar with the standard of Word Games. As it’s all about forming Jumble Words and earning big points in a short span of time. So this Word Chums is another scramble puzzle game. You’ll find some hard word challenges with nice graphics to play. In this multiplayer word game, you can invite even 3-4 players to join you. You can find this on the App Store for iOS and on Google Play for Android.
Moreover, If you want a quick solution for word challenges, you shouldn’t forget the Word Chums Cheat tool.

This is another new word game in our list for you that is positioned as the “world’s fastest Word Game.” Ruzzle has some tournaments and even you can also enjoy team play. You just need to keep swiping across the scrambled letters to unscramble as many words as you can.
This will guarantee you a good amount of points. You can play Ruzzle against your Facebook friends and Twitter followers. This Word Puzzle Game also gives you the chance to play against random opponents. You can get Ruzzle on Google for Android and for iOS on Apple.

Most people think that Word Search Puzzles are like solitary affairs, usually, they are like when you have to choose from a word search puzzle from over 120 categories in this game. But what you can expect different from Infinite Word Search is its multiplayer gameplay mode. You can play with your Facebook friends or also can match up with random opponents.

In other words, it’s a race between two players who can find out most words. As both of the players need to look for hidden words at the same time. So basically a fun challenge between multiplayer. Get Infinite Word Search for Android and iOS on their dedicated store.

As you may already recognize something that we’re gonna talk about, the name ending “With Friends”. You got that right its the same company Zynga that brought you the famous Words With Friends game has developed a new game with a modern feature called Boggle With Friends. This game has the same traditions as Boggle.

In this game, you start down a 4 x 4 grid of randomized letters and you have to connect adjacent letters there to form as many words as you can. This game Boggle With Friends is a very popular 2-player word game in the world right now. You can enjoy some modern challenges and head-to-head tournaments with your friends. It’s available for Android and iOS.

If you’re looking for a Need for Speed kind of Word Game, maybe the BattleText is the only choice. Obviously, that is because you got some fastest thumbs around. So you must try out this online multiplayer scrambled word puzzle game. You have to type text messages in a battlefield faster than your opponent.

You can download BattleText games from the Google play store for Android or the iOS app store for iPhone.

There are many games that people love to play online related to Scrabble-like Internet Scrabble Club and Scrabble Slam Card Game. But if you’re looking for something different from these two or Words With Friends, then you have another option as Scrabble Go. If you’re familiar with classic Scrabble then you’ll love this new addition. You just have to unscramble some rotating set of letters and have to find Words quickly. You can have this game for both Android and iOS devices.

Get these new Word Games from the dedicated app stores and have some really fun by playing with your friends. By doing this you can increase your vocabulary skills and also learn some new words. If you like to play on the computer then there are thousands of other options available. You can also check our list of Most love Multiplayer Word Games.